Buddhism holds to the idea of rebirth, which seems to be something of a controversial issue for Western Buddhists. Most Westerners like the psychological aspect of Buddhism – the investigation of ones body and mind, and meditation, the benefits of which seem fairly obvious, if sometimes illusive for the individual.

But rebirth requires a whole new leap of faith. Is it necessary?

A recent survey reported by the UK’s Telegraph newspaper shows that perhaps rebirth, or some kind of life after death, is not quite such an acceptable idea. Apparently

32% of Welsh people believe in reincarnation

The striking detail is that the figures show a marked increase in belief in the supernatural since 1950 when just 10% of people believed in ghosts – compared to 40% in 1998. Is this due to Hollywood?

All of which points to a confusion of beliefs. Without a clear teaching and framework which people buy into, it is understandable that more people believe in ghosts than in life after death. The beliefs are not thought out, indicating that they are relatively unimportant to their owners. And that is the factor that is missing in the survey – how important are the demonstrated beliefs to the ones surveyed? For most modern people it seems that we are not really too interested in such matters. Everyone will express an opinion if asked, but the importance of beliefs themselves, which we have inherited from a medieval Christianity, is waning. Perhaps the survey should have included a ‘Who Cares?’ option.

According to Buddhism then, some kind of acceptance of rebirth is needed to be one of ‘Right View’. It does not have to be a clear belief, but still should be strong enough that one acts not just with a view to the present life, but to the next life too. Just enough belief to look after your karma. The details and mechanisms can look after themselves.

Technically, we should distinguish between reincarnation and rebirth. The former involves a permanent unchanging ‘Atman’ that migrates from life to life. ‘Rebirth’ does not require an Atman, only that there is a continuance. The analogy given is one of a candle flame being used to light successive candles. There is no permanent flame, but there is a continuance as the flame is passed on. This is Buddhist rebirth.

Can we prove life after death? There are lots of books and ‘documentaries’ presenting evidence, but at the end of the day, until you gain psychic powers and are able to witness such things directly (this is presented as part of the path in the Suttas) then it will be only speculation. What exactly you believe is not really important. After all, reality is reality, no matter what you believe. It does not matter if you believe in Australia or not; it is still there (at least I think so).

The well known and respected author Karen Armstrong (A History of God) remarks in her appearance at the TED Talks, that the emphasis on belief in religion is a relatively new idea, from about the 17th Century onwards. Further, it only really surfaced in the West. Apparently the word belief  used to mean to ‘love’ to ‘prize’ or to ‘hold dear’.  Her next book, she says, will explain how the word came to mean an ‘intellectual assent to a set of propositions’. The word ‘credo’ had the idea of committing oneself, or to engage oneself. She points out that in the Koran the word Zanna (orthodoxy) is held to be

Buddhism has a similar outlook. Views and opinions are speculation at best and more often hindrances. If there is rebirth, it depends not on your views and beliefs, but on how you act – the habits you form by action and mind. Religion, continues Armstrong, is about changing the way you live, and this is only understood when you put belief into practise.

If the gloriously non-commital conclusion in the Telegraph  is correct it is fortunate that our beliefs do not really matter very much: 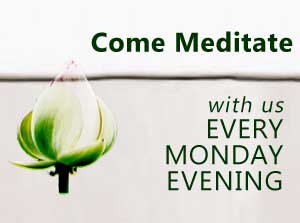 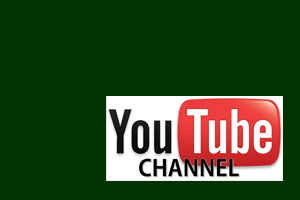