This February 2011 well known Tibetan meditation master, Abbot, professor and writer Ringu Tulku Rinpoche will be teaching at various venues around Thailand. Be sure not to miss this eminent teacher who is well known for his erudition and excellent communication in English.

All events are free of charge unless otherwise indicated.

See the full schedule in general below, and follow links for maps and more information on individual events. 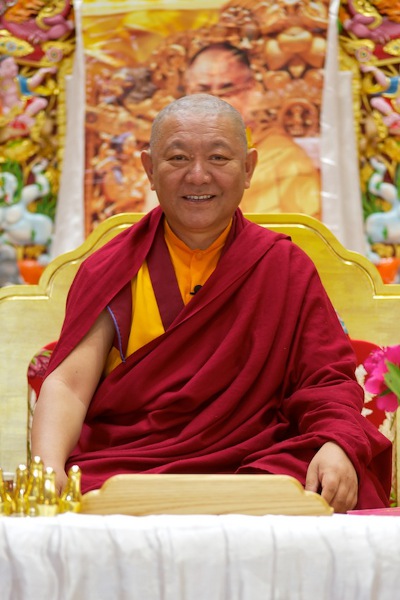 Due to the substantial generosity of venues and a few individual people in Bangkok, the air fares, transport, food and board for Rinpoche and assistant have been covered. This is so that all further donations from events can be forwarded to Ringu Tulku Rinpoche’s charitable trusts. If you feel benefitted by these teachings, please join in to ‘Tam Boon’ with the donations. We will give a report after the tour on costs and donations raised. Thanks.

Ringu Tulku Rinpoche is a Tibetan Buddhist Master of the Kagyu Order. He was trained in all schools of Tibetan Buddhism under many great masters including HH the 16th Gyalwang Karmapa and HH Dilgo Khentse Rinpoche. He took his formal education at Namgyal Institute of Tibetology, Sikkim and Sampurnananda Sanskrit University, Varanasi, India and has served as Tibetan Textbook Writer and Professor of Tibetan Studies in Sikkim for 25 years.

Since 1990 he has been travelling and teaching Buddhism and Meditation at Universities, Institutes and Buddhist Centers in Europe, USA, Canada, Australia and Asia. He also participates in various interfaith and Science and Buddhist dialogues. He authored several books (see publications section) on Buddhism as well as some children’s books both in Tibetan and European languages.